From a child poet who could turn any conversation into a limerick, to an award-winning songwriter, Emily has enjoyed seeing the development of her original songs run parallel to her own understanding and experience of music: from singing, choral work, songwriting and arranging. Many of the songs you hear today were first written around the age of 14 when, despite her lack of training, Emily’s heart and message never failed to tug at heartstrings. Her innate musicality and ability to draw a listener in, humbly reveal a part of herself and make a connection was without a shadow of a doubt a gift that surpassed any qualification.

Throughout her time at University, Emily’s original songs were applauded. Her a cappella version of Purpose landed her a place in the prestigious Joyce Dixie Composition Competition finals in 2010 which was judged by the late Sir Richard Rodney Bennett (English TV and film composer). She was also awarded ‘Best Unpublished British Gospel Songwriter’ for Unashamed in the UGCY (University Gospel Choir of the Year) finals in 2013. These were the beginnings of Emily’s passion to write and arrange inspirational songs specifically for gospel choirs – whether community or professional in nature.

Living Room Session: From Inception Up to Now

From inception in May 2016 up to January 2018, the Living Room Sessions have been a unique and exclusive monthly gathering of singers connected with Emily and Motivation by Music in and around Guildford. Meeting in her living room (hence the name), singers have learned, workshopped and filmed Emily’s original music – and in most cases, well before the it has ever reached the public ear. See our highlights video of this season of LRS below:

Over the span of 20 monthly sessions, over 55 singers have been involved in learning 15 original songs, recording 3 of these in 2 studio sessions and performing, by request, at live events. However, since early 2018, the concept of these sessions has developed and become much more than ever initially intended…

“We develop our self expression as we learn and master new songs together and get a wonderful sense of satisfaction in sharing our achievements”
– Living Room Sessions singer, 2018

As a response to our participants’ survey feedback earlier this year, we will be delivering a series of Vocal Workshops over the Spring / Summer months. Please see our ‘Vocal Workshops‘ page for more information on these. 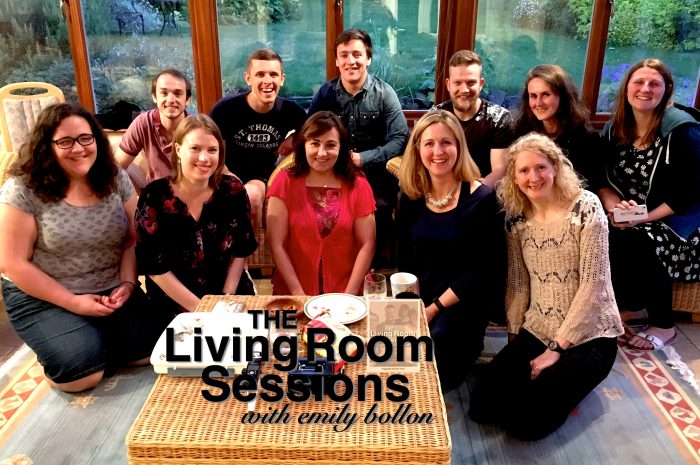 Become one our happy clients!

If you'd like to find out more about what we can provide for your team, then get in touch.